All About Splitting 10s 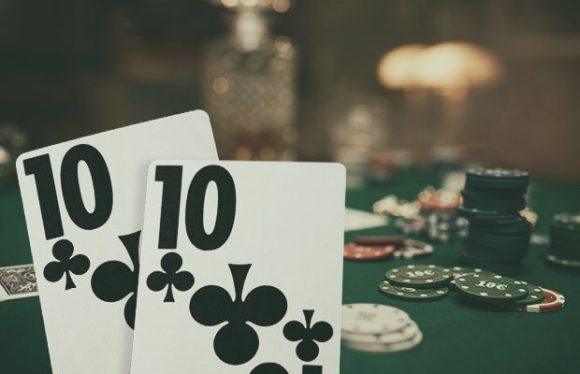 Playing blackjack in online casinos is a beautifully subtle pursuit.

The rules are relatively simple, and the basic strategy can be summarized on a single piece of paper. To play better than most casual gamblers, all you need is the right approach, and an hour or two to get the hang of things.

But if learning is simple, mastery is not. True command of the game of blackjack takes years of work and thousands upon thousands of hours of experience, not to mention discipline, laser focus, patience, endurance, and a tolerance for risk.

The differences between a beginning player and a master are many, and often very subtle. One such example is how a player handles splitting 10s.

To Split or Not to Split?

Answering the question of whether or not to split pairs is an essential part of learning the game. However, when it comes to 10s, it’s a pretty straightforward answer!

Even a cursory look at a blackjack strategy chart will reveal that splitting 10s is almost always the wrong play.

Yet, as with many topics in blackjack, the simple and answer and the complete answer are somewhat far apart. There’s more to this question than it might initially seem…

… As we’ll see, there are situations when splitting 10s is the mathematically correct play. And identifying them is a next-level blackjack skill!

The Two Kinds of 10 Splitters

Generally speaking, there are two kinds of players who split 10s.

The first is the rank amateur.

This player knows nothing about strategy or advantage play, and doesn’t care to learn. He or she comes to the tables for fun, or is there to socialize with a larger group, or is perhaps just spectacularly unskilled when it comes to blackjack!

The second is the expert.

He or she is a true master of the game, and has such a thorough command of both strategy and table conditions that they know exactly when it’s mathematically and/or tactically correct to split 10s.

So what are those conditions?

When the Experts Split

There are two situations in which skilled players will split 10s.

The first is when there are so many 10s among the unplayed cards in the deck that it becomes quite likely that splitting 10s would result in two hands with a value of 20.

The only way to know if this is the case is by counting cards. For example, gamblers using the popular Hi-Lo card counting system would only split 10s with a true count of +5 or greater.

The second situation occurs only in a tournament setting, when a higher chip total is needed to avoid elimination. For example, if only the two players with the highest chip totals at a table advance to the next round after a certain number of hands, and you find yourself in third place with only a hand or two remaining, you might be wise to split 10s in order to keep your hopes alive.

Why the Expert Sometimes Don’t Split 10s, Even Then

We’ve already discussed the reasons why only true beginners and true experts split 10s. Ironically, that very difference is part of the reason why experts will sometimes decline to do so!

By now, it should come as no surprise to learn that casinos don’t exactly encourage card counting at their tables.

While the practice is not illegal, casinos do everything they can to discourage players from doing so… which may including politely asking players to collect their chips and head for the exits.

For this reason, many card counters try to exercise their craft in secret, in order to keep casinos from spotting them and putting an end to their fun.

Since so few middle-of-the-road players will ever split 10s, doing so is dead giveaway for a player who has shown any degree of skill and discipline at the tables.

Splitting 10s is akin to standing up on the casino tables and shouting at the top of your lungs: “Hello pit bosses! I am an advantage player and a card counter, this particular deck is rich in 10s, and I’m here to make money at your expense!”

As such, determining whether to split 10s can be a tough call even when it’s correct to do!

Even if you stand to make extra money in a given situation, is it worth being banned from that particular casino, or short of that, alerting the dealer that it’s time to reshuffle the deck?

As such, some experts will only split 10s under the following ultra-rare conditions: 1) they have enough deck penetration to know that splitting 10s is a winning proposition; 2) it is late in their gaming session, so that if they’re asked to call it a night, it won’t negatively impact their daily win goal; and 3) playing at a casino where a lifetime ban wouldn’t be much of a problem (such as a casino far from home, or one they have no plans to return to).