Why Most Blackjack Players Lose Money 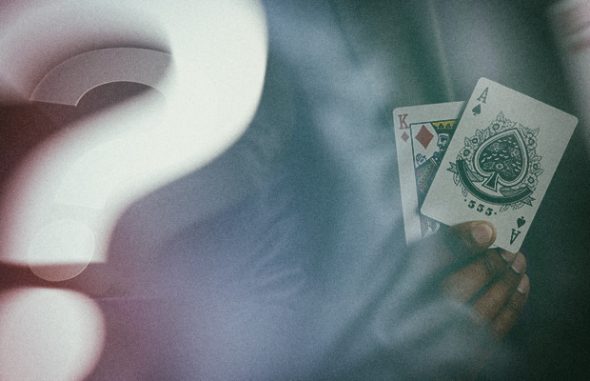 In today’s golden age of information, gamblers have more resources than at any earlier time in history.

Just think of what it must have taken to become an expert blackjack player 75 years ago!

Thousands of playing hours, records and charts kept by hand, connecting with other players via word of mouth…

… to say nothing of a limited selection of tables to choose from!

Compared to that kind of gambling landscape, it’s almost impossible to overstate who good players have it in the internet age. There’s so much good information out there!

Why, this site alone offers enough quality information – tips on strategy, where to play, bankroll management, and much more – to set players on the path towards success.

This raises one big question: with so much information available, why do most players keep losing?

As it turns out, the answer isn’t exactly a great mystery!

The reasons are fairly simple, and learning them can help players set themselves up for major success at the tables. Here they are without further ado:

#1 Not Checking the Rules

It should be fairly obvious, but most players aren’t interested in spending their precious time looking for the best games available. They live busy lives, and when they are able to carve out some time and some bankroll, they want to play!

Unfortunately, this works against their interests.

Perhaps no decision will effect a player’s bottom line more than the choice of game. Rule specifics may seem like they aren’t a big deal, but outwardly superficial things – such as whether a table pays 6:5 instead of 3:2, the dealer standing on soft 17, of whether doubling down is permitted after a pair split – have direct and powerful implications for RTP.

In fact, the 6:5 rule alone boosts the house edge by approximately 400%!

The lesson here is obvious – if you want to win, having the patience to find the most player-friendly rules is critical.

Oh, and while you’re at it, see if you can take advantage of casino promotions, too! In a game with as narrow a house edge as blackjack, these can help savvy players cross into positive winning percentages.

Hot take: contrary to popular opinion, blackjack is not, in fact, a game of chance.

Sure, no one can control what cards come out of the shoe. But it should be obvious by now that (unlike in ages past), for every possible blackjack game scenario, there is exactly one right move to make.

Computers have run the models millions upon millions of times, and have determined the best course of action for a player to take no matter what cards they and the dealer are holding. The result is called basic strategy.

Players who are just in it for the thrills can choose to trust their gut, eschewing basic strategy.

But for those who really want to win, there’s no excuse for not making the right move at the right time. Especially since there are no rules against bringing a printed copy of the basic strategy chart into any game with you as a reference!

It doesn’t matter what your “gut” tells you. If you’re holding 9-9 and the dealer shows a 9, there’s no question as to what to do. There’s no passion to this part of the game…

… on the contrary, players have to learn to make these choices automatically, almost like a robot!

The passion comes from the wins, baby. If you don’t play using basic strategy, you’re more or less asking to have your money taken away.

#3 Too Many Side Bets (aka Insurance)

There’s a reason why every new online blackjack game release seems to emphasize side bets.

As we’ve just discussed, playing with basic strategy can feel machine-like at times. As the hours pass by, especially if a hot (or cold) streak doesn’t develop, it becomes more and more difficult to hold focus… and that’s when the side bets start to look truly enticing.

And it’s also exactly the time to avoid them altogether!

The house offers blackjack because it’s popular… but it also offers one of the lowest house edges in the whole casino. From the perspective of the house, this is a problem – and the solution is to offer side bets.

That’s right: those bets have been added to the felt so that the casino can make more money, plain and simple. There’s no side bet you can make that will increase your advantage against the house.

This is true for 21+3, it’s true about insurance*, it’s especially true for Perfect Pairs.

* Note: insurance can in fact help a player’s mathematical chances against the house, but only in one specific scenario: when there are a lot of 10-value cards in the deck. The only way to know if this is true is by counting cards, a controversial strategy that is mathematically advantageous, but can create challenges in practice. In any case, beginner and intermediate players should avoid insurance as they do any other side bet.

Blackjack is largely a recreational activity, so it should come as no surprise that recreational (or problem) drinking often goes along with it. But before you raise a glass during your game, ask yourself: does alcohol improve my math skills? What about my ability to focus for long periods of time?

Compared to the last three reasons, this one may seem painfully obvious, but it is nevertheless a major consideration for many players: drinking and drugs make the brain less capable of the kinds of thinking required for advantage blackjack play.

Again, for players who are just playing for fun, by all means, let loose and enjoy yourself (so long as it’s just your bankroll, and no one’s well-being that is threatened by your behavior)!

But if you want to maximize winnings, the choice is simple: keep alcohol use to a minimum.