How Do Casinos ‘Catch’ Card Counters? 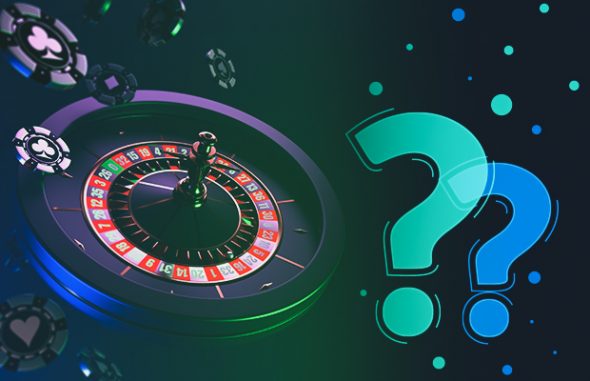 A few things about online casino blackjack should be obvious by now.

… but it’s not as though casinos encourage it, either!

After all, counting cards is just another way for players to use their brains. It’s not as if people are committing fraud, using outside devices, or breaking any rules!

The issue is that casinos don’t like losing. So, to keep out players who can hurt their bottom line, they use increasingly sophisticated defensive measures to discourage counters from setting up shop on their gaming floors.

How does the house actually catch players who count cards, and what can you do to protect yourself?

Big Brother is Watching You

Like a soldier in battle, the first thing a gambler at the tables needs to know is who the enemy is.

In poker, one’s adversaries are the other players. For those who favor roulette or baccarat, it’s the house itself – the same goes for Average Joe blackjack fans. For sophisticated players, though, it’s a bit different.

For an advantage player, the real opponents are pit supervisors and surveillance personnel.

The house is not the enemy to a superior blackjack gambler. Neither is the dealer. Left to his or her own devices, with player-friendly rules, a true advantage player would (by definition) win money over the long term. The dealer has no incentive to stop this from happening! And with a “fair” game, no house could prevent it, either.

As such, the “game-within-a-game” of blackjack is actually the advantage player versus the surveillance team. And they are always, always, always watching!

But what, exactly, are they watching for?

Since counting cards takes place in the privacy of one’s own skull, the casino can’t know for sure whether you are counting or not!

They can, however, watch what their guests do in these specific situations:

Players who are able to disguise or vary these tendencies stand a much better chance of going undiscovered as card counters, compared to those who do not.

As we’ll see, modern players have to contend with stronger countermeasures than generations that came before did.

As the game continues to explode, especially in the USA (where a major blow was recently struck in favor of legalized and regulated online play), the evolution of modern blackjack has brought about much more sophisticated anti-card counter tools for the house.

These days, in addition to the above factors, players have to contend with a series of technologically sophisticated ways of catching card counters. Many of them won’t prevent advantage players from taking some serious money home with them on a given day…

… but they will prevent you from getting a seat if you try to return for more action in the future!

There are databases of card counters which may be shared among multiple casinos. They may use facial recognition software to determine if a player is a “known” card counter.

Furthermore, they may retain third-party consultants (who may be active or former advantage players themselves!) to analyze a player’s game. This can be done off-site via live feed, or with a video after the fact.

It’s not at all for the surveillance team to review video of a suspected card counter after he or she leaves. If it’s determined that card counting was likely, that player will be barred from returning to the tables.

In extreme cases, counter-catcher software may be employed! Once every card played has been input into the program, it can use analytics to determine if the player was or was not counting.

Whichever way you look at it, casinos take this arms race seriously. But smart players, armed with good information, still stand a chance at doing them some serious damage.

If not, why would they work so hard on their defenses?