Rival Powered is an online betting software developer that was founded in 2005. The company made a name for itself by offering its software to all sorts of online casinos. This led to a number of good joints offering their games, but unfortunately also resulted in a large group of rogue casinos offering their titles as well. This has resolved itself mostly over the years, and Rival has found themselves in a much better position as of late. The company puts out slot machines, table games, video poker machines, scratch cards, bingo, and keno machines.

Rival blackjack games are very limited when it comes to their offering. You’ll find the following games on offer under the Rival umbrella of titles. It should be noted that for house edge, we calculated a worst case scenario of 8 decks, as the company doesn’t tell us how many decks are used in the game. 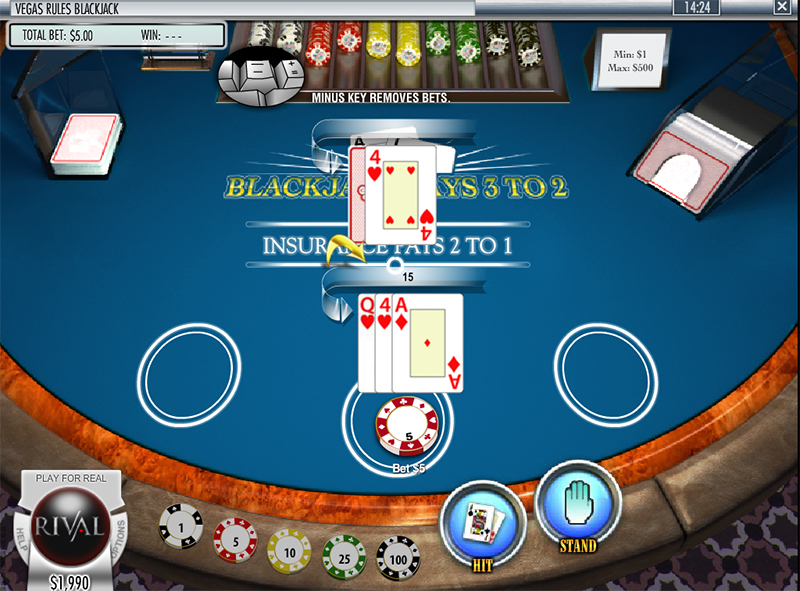 The standard blackjack game with Rival allows you to play one hand at a time. We’re unsure about the number of decks, but you can bet between $1 and $500 per hand. The game’s rules are: 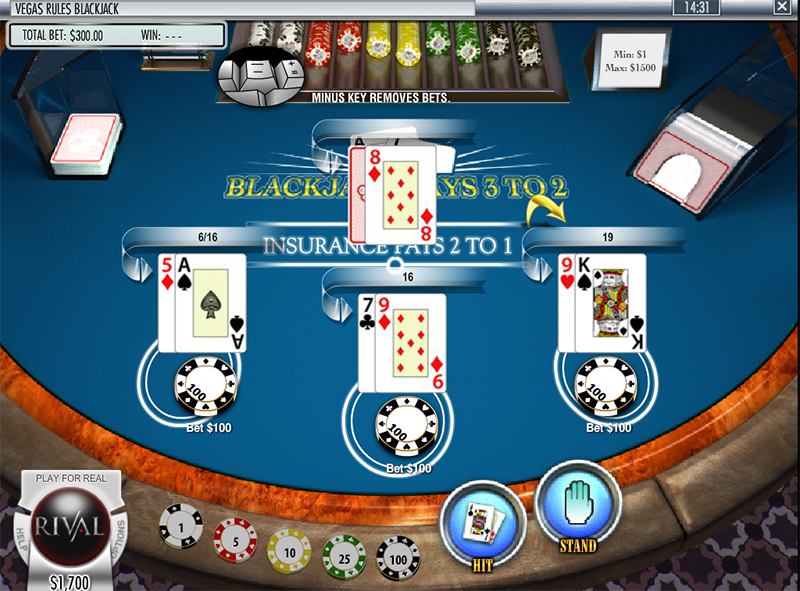 Multi-Deck Blackjack from Rival is very similar to the standard version, but instead of being limited to one hand, you can play up to three at a time. The graphical setup is about the same. You can bet between $1 and $1,500 per hand. Rules for the game are as follows: 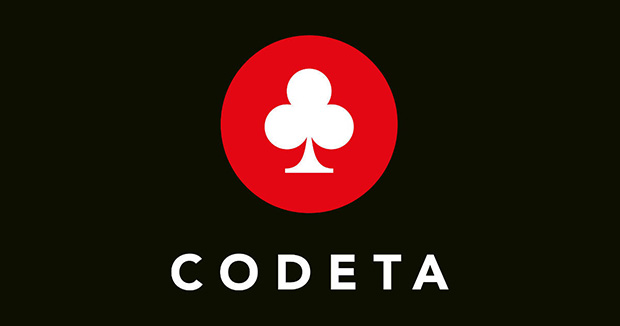