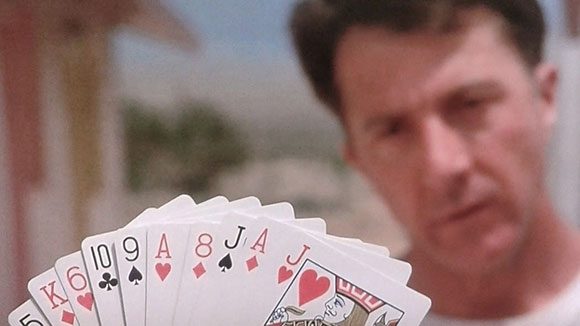 Card counting is one of the most infamous strategies in blackjack, but it is also one of the least understood by the general public. Movies and television have portrayed card counting in blackjack to be a way to get rich quick. In films like Rain Man, we’re given the idea that card counters crush the casinos, winning hand after and hand and calling out exactly what cards will be coming. But of course, not just anyone can card count; it takes a mathematical genius who can calculate complex equations on the fly while keeping track of the positions of hundreds of different cards.

However, the truth behind card counting – for better and for worse – is very different. In truth, card counting doesn’t guarantee that a player will win big in the short run. Instead, the techniques used in card counting only serve to give the player the same sort of small edge usually held by the casino. On the other hand, there is good news; it doesn’t take a genius to count cards. Most people can learn simple card counting systems relatively quickly, and if you’re willing to put in the time, chances are that you’ll be able to learn more complex systems that promise the player a slightly bigger advantage over the house. However, it does take some hard work, and it’s certainly not an easy road to getting rich.

If you just want to jump straight in and get started, you can learn how to card count using our infographic here.

Typically, casino blackjack is dealt from a shoe of somewhere between six and eight decks. The cards are dealt until a certain amount of the shoe has been dealt – often, something like 75% of the shoe will be used before reshuffling. This means that by tracking which cards have come out of the shoe during play, we can have a pretty firm handle on which cards are still waiting to be dealt.

This is mostly because aces and tens do a lot of things that the player can take advantage of with the options they are given. For instance, the player will get more blackjacks, which pay the player 3-2, while the dealer only “wins” the player’s bet if they make a blackjack. The player can also stand on hands below 17, while the dealer cannot, meaning that the dealer will bust quite often in shoes that are still rich in tens. Furthermore, the player will do better on double downs (when the player almost always will be happy with a ten and often with an ace), can start taking insurance if the deck is rich enough in tens, and can surrender more confidently in spots where the dealer is likely to have a very strong hand.

In short, everything the player can do works even better when the deck has plenty of tens and aces available to him. Conversely, small cards thwart these efforts. If many small cards have already come out of the shoe, the rest of the deck is very, very favorable to the player.

Card counters can take advantage of knowing how good the remaining deck is in several ways. As we said earlier, card counters will sometimes take insurance based on the remaining cards in the shoe, and on rare occasions, they might even deviate from basic strategy based on their counting. However, the biggest way that card counters pick up an advantage is by simply betting more money when the player has the advantage, and betting less (or avoiding playing altogether) when the odds swing too far in favor of the dealer.

Dangers and Challenges of Card Counting

Here’s the good news: contrary to popular belief, card counting is not illegal. As long as you’re not cheating or using a device to help you play, you’re welcome to play each hand however you want, including mentally keeping track of the cards that have been played and adjusting your play accordingly.

But that doesn’t mean that casinos can’t fight back against card counters. While you can try to count cards, casinos can also try to make the conditions for card counters difficult or impossible. For instance, a suspicious casino may start shuffling their cards more often to lower the deck penetration, thus making counting much less effective. If you’re a known counter, they may even bar you from playing blackjack entirely, as the casino has the ability to simply refuse to let you play at any time.

This means that one of the biggest challenges for a card counter is properly balancing taking advantage of the information they have with covering up the fact that they’re counting at all. If there was no danger of being caught, the player could simply bet the minimum until the odds were in the player’s favor, then switch to betting the table maximum. However, trying this strategy is a sure way to get yourself banned from playing blackjack! Instead, most blackjack systems rely on small, incremental changes that hope to keep the player from getting caught, while still doing enough to overcome the house edge.

One other danger in card counting is overestimating how big an edge you have over the house. Yes, in the long run, a good card counter does expect to come out ahead of the casino. However, your results will prove to be just as volatile as they are when simply playing basic strategy; it’s only in the long term that you’ll see your small advantage realized, while in the short term, you’ll see significant wins and losses.

There are a number of different card counting systems available, including the following:

These systems vary from very simple (Ace-Five and Hi-Lo) to devilishly complex (Wong Halves), but most of them share some common elements. For instance, different cards are given values that the player must keep track of during the course of a given shoe. Cards that are good for the player are given negative values (since we’d rather they stay in the shoe), while cards that are bad for the player are given positive values. In many systems, this number is then divided by the approximate number of remaining decks to get a true count, which tells the player how rich the remaining shoe is in good cards.

In most counting systems, the player will use this true count to decide how much to bet on a given hand, and whether or not to take insurance if the dealer is showing an ace. Occasionally, the count will also tell players when to abandon basic strategy and play a hand differently, based on the fact that the remaining composition of the deck has changed the odds in favor of an alternative play.

Some card counting systems also ask players to keep a separate side count of aces. This is because aces have a very different effect on the game than other cards. While players want to bet more when there are lots of aces available (thanks to the fact that they make blackjacks more common), they don’t have as much impact on how you should play hands as tens. Thus, more complex systems will keep an ace count independent of an overall count, in order to make this distinction.

This brings us to an important point: there is a tradeoff to make when choosing a card counting system. More complex systems offer bigger potential rewards, but also come with more risk. Players are much more likely to make mistakes when trying to keep track of extra information, and just a few mistakes can be enough to remove whatever advantage the player has gained. If there’s a choice between using a simpler system that you’ve mastered, or a more complex system that you’re unsure about, it’s almost always better to pick the simple system, even if the more complex system promises a bigger edge against the house.

Perhaps the simplest card counting system around is the ace-five count. This is a name given to a variety of different card counting systems that share one thing in common: they only keep track of aces and fives, ignoring all the other cards in the deck. This is done because aces are the best card in the shoe for the player, while fives are the worst.

The basic idea is simple. Start with a count of zero. Each time you see a five, add one to your count. If you see an ace, subtract one from your count. Higher counts will be better for the player.

Where counting systems vary is in how you use this information to change how much you bet during play. Some will advise you to double you bet every time the count gets beyond a certain point, while others say to bet a certain number of units based on the given count. Many try to reduce your losses in bad shoes by having you quit at a certain negative count. However, the basics are the same; when the count gets high (at least +2 or higher), the player should bet more than the minimum. The higher the count goes, and/or the longer it stays high, the more the player should bet, up to a maximum amount that the player is comfortable betting on any single hand.

Ace-five counting systems usually don’t require changing the way you play; you should simply use basic strategy and rely on your bigger bets making you a winner when the shoe is good for the player. The advantage gained by the player using these systems isn’t big, but it usually gives the player a slight edge over the house – and combined with the comps and rewards players earn while playing, can turn blackjack into a game that’s more lucrative and more fun for the player.

It’s also worth noting that there are a large number of blackjack games in which you won’t be able to effectively count cards at all. For instance, many casinos now use continuous shuffling machines, which essentially remove all deck penetration. This is also true in most online casinos. Some online casinos use a shoe made up of infinite decks, meaning that your odds of getting any given card are always exactly the same, no matter which cards you’ve seen. Other online casinos deal out of a regular (simulated) shoe, but shuffle the cards after each hand. This has the same effect of eliminating penetration, just as with a continuous shuffling machine, making card counting impossible. 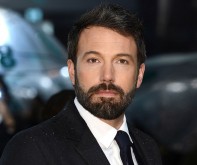