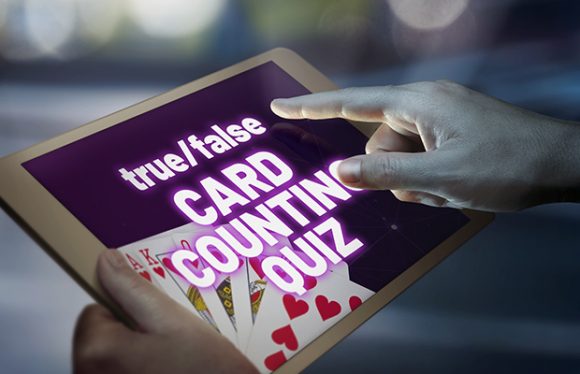 What do you really know about card counting in online blackjack?

In all of gambling, perhaps no concept is simultaneously so well-known and so misunderstood.

Maybe it’s because of appearances in popular movies. Or maybe it’s the seductive appeal of actually gaining a player edge against the house, instead of the other way around!

Whichever way you slice it, card counting might be the hottest topic in the whole of the world’s most popular casino game.

Unfortunately, most players’ understanding of how card counting works is waaaaaay off base.

Are you one of them?

Or are you one of the blessed few whose understanding outstrips the average Joe or Jane’s imagination?

Take this quick quiz to find out! If you get any answers wrong, visit our site’s card counting section to arm yourself with the best knowledge possible.