Each Real Time Gaming blackjack game will reshuffle after every hand. Players can also check a complete hand history right at the table. Each blackjack table has a tab for the table rules, as well as a help link with a full explanation of the blackjack rules for the table that is open in the software. 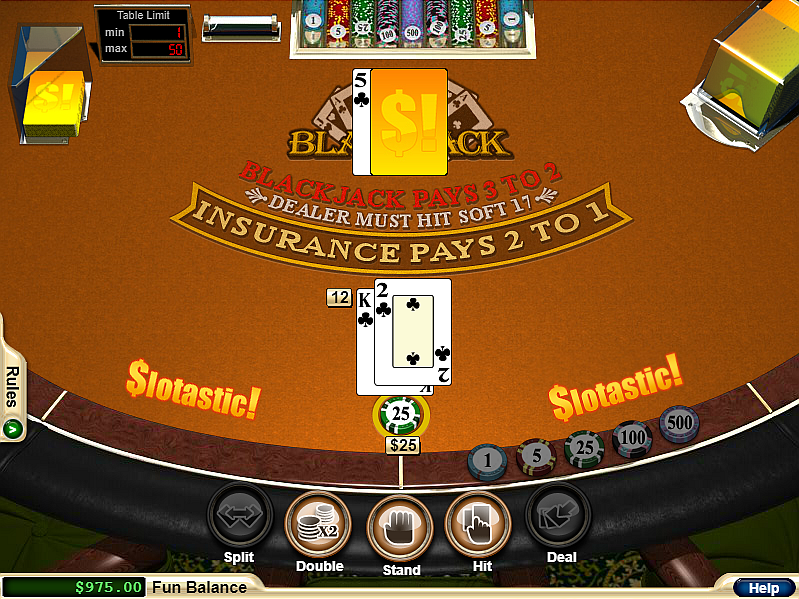 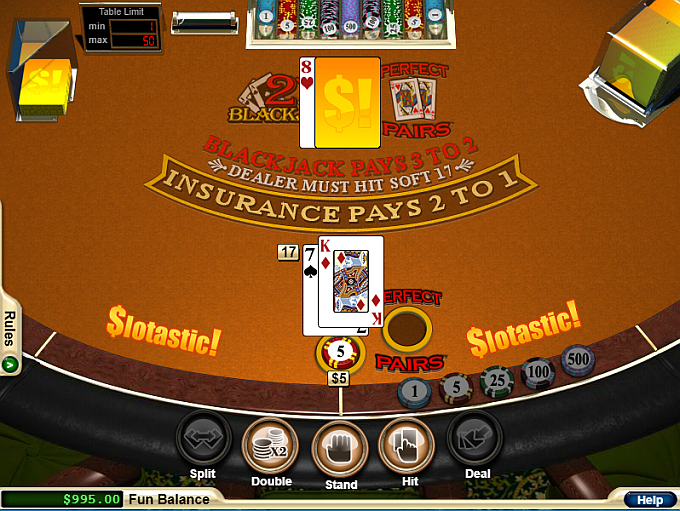 Perfect Pairs is the exact game as the standard blackjack game with two exceptions. The first exception is that players may only play one hand. There is also a Perfect Pair side bet. This side bet has the following payouts: 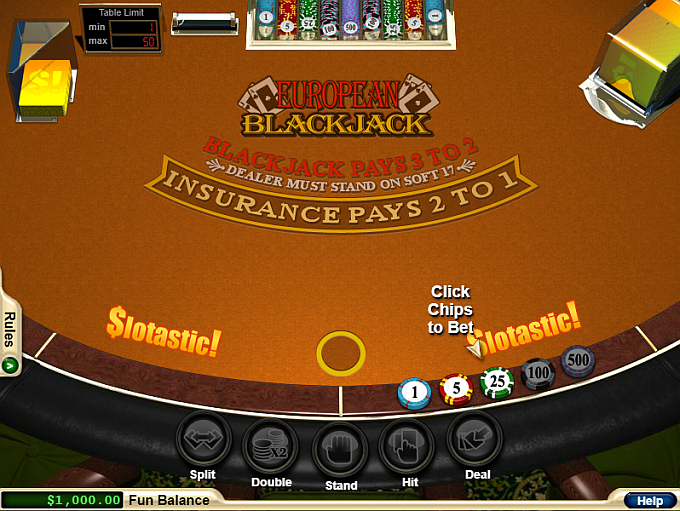 The strategy changes a bit from American Blackjack as a player should never double down or split against an ace showing unless the player is splitting aces. Against a ten, players should only split aces and double on 11. All other splits and double downs become a hit. No hands should be split against a ten value card. The rules for Real Time Gaming European Blackjack are as follows: 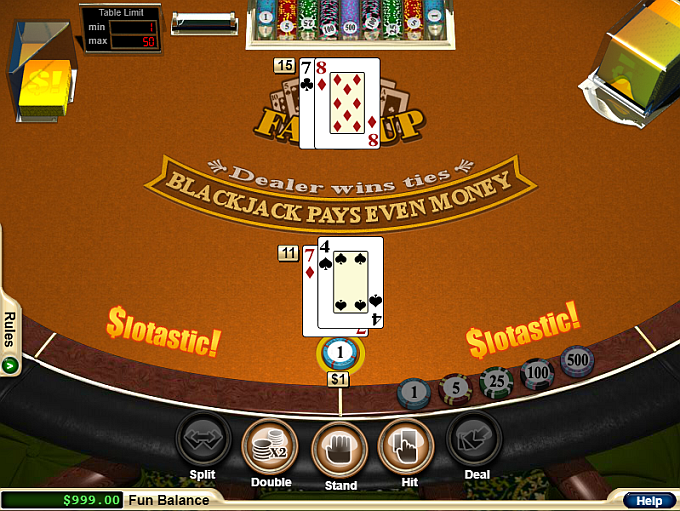 Face Up 21 is dealt without down cards. The player can see the both of the dealer’s up cards when deciding what action to take. The player must beat the dealer, as the dealer will win any push. The exception is that the player automatically wins on a blackjack, even if the dealer also has one. This means that if you do not have more than the dealer does, you must hit, otherwise you will lose. The rules are: 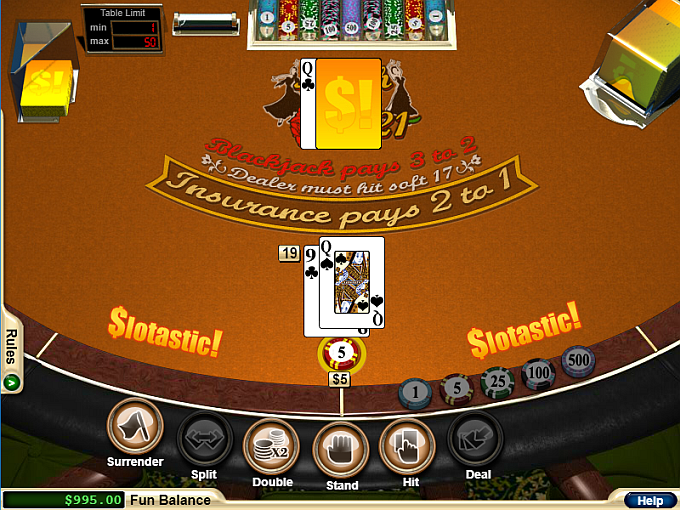 Match Play 21 is similar to Spanish 21 that can be found in brick and mortar casinos. There are no tens in the Match Play 21 decks but there are jacks, queens and kings. The fewer ten value cards give the dealer an advantage. To offset that advantage, a player has several special payouts:

The rules in dealing Match Play 21 are as follows: 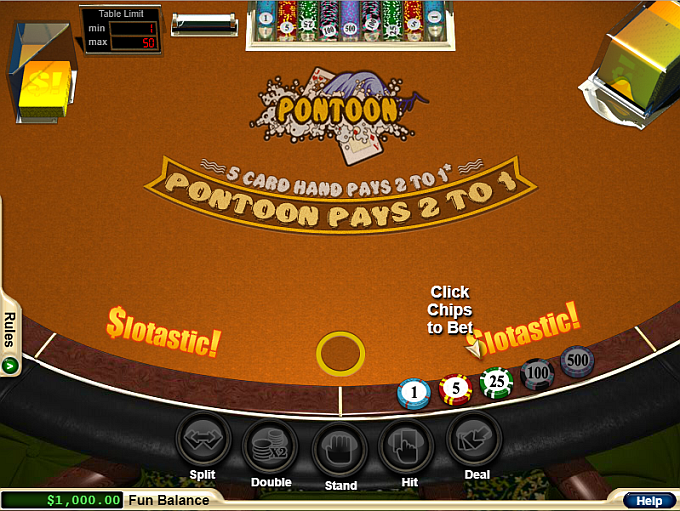 Pontoon is an unusual blackjack variation typically found in Australian brick and mortar casinos. In Pontoon, both of the dealer’s cards are dealt face down. A player must draw blindly to beat the dealer. To make up for this player disadvantage, a player gets paid 2-1 on a Pontoon. A Pontoon is a natural blackjack hand containing an ace and a ten value card. The second best hand is a “Five Card Trick”. A Five Card Trick is a five card hand that did not bust. The dealer wins all ties. If a player splits aces and receives a face card, the split hand is considered a Pontoon. A player must hit until they have at least 15, or a Five Card Trick. The rules are: 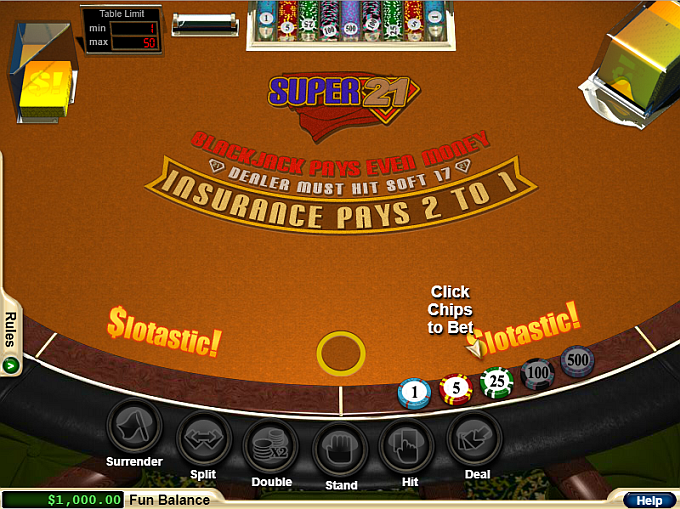 Super 21 is a blackjack variation with many fun rules, but one unfriendly player rule to offset it. The unfriendly player rule is that all blackjacks pay even money, except for a diamond blackjack, which pay 2-1. The player automatically wins on blackjack. A player with a six card charlie, meaning six cards that do not bust, automatically wins too. A player that makes a total of 21 in five or six cards will receive a 2-1 payout. The game rules are: 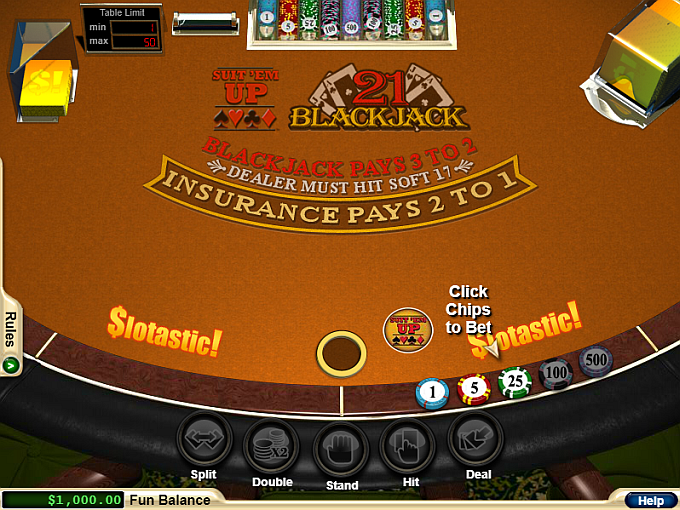 Suit ’em Up is a blackjack variation that plays like a standard game, but features a side bet that can pay off handsomely. The game is played with 2, 6, or 8 decks depending on the version you play, and pays 3-2. The game payouts are: