Blackjack: How to Play a Two Deck Game 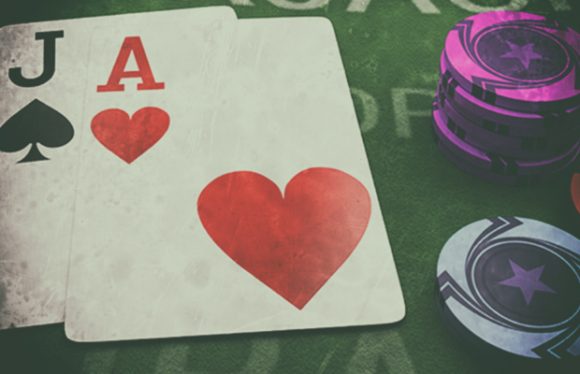 Blackjack has always been a hugely popular game, but these days, its appeal and ubiquity are undeniable.

Whether brick-and-mortar or online, automated or with a live dealer, among fresh-faced amateurs or experienced, cunning veterans, this is very much the casino table game of the moment.

If anything, as the game becomes available online in more locations.

it seems like the growth of this game is just getting started!

And this is all to the good!

After all, when played with proper strategy, blackjack offers players some of the best odds in the entire casino.

But when it comes to taking advantage of Blackjack’s low house advantage, the devil is often in the details.

And while selection is massively important in maximizing a player’s chances for success, one factor tends to be overlooked even by veteran players.

…we’re talking about how many decks are involved in the game.

Most casinos (and live dealer tables) usually offer games with six or eight decks in play per shoe. But it’s a new era!

…and theoretically, this should be great news for players.

What’s Different About a Two-deck Game?

The main difference between a two-deck game and one with six or more decks in play comes down to penetration.

In a multi-deck game, there are between 300-400 cards to contend with, including between 24-32 aces! This means that, even if players see face card after face card come out, there are so many cards remaining to be dealt that this small amount of information isn’t worth all that much in terms of expected value.

When there are only 104 cards to keep track of, though, it’s a different story entirely.

In practice, this means that players counting cards can gain a much greater advantage much more quickly against the house than they can in a multi-deck game.

But as we’ll see below, even without card counting, there are some serious advantages to playing two deck games…

… depending on house rules, this may even result in a mathematical player advantage against the house!

In addition to the increased role of card counting, a few other changes to strategy are necessary when playing with two decks.

[Please note: both of the below tables assume doubling down after pair splitting (DAS) is permitted. If it is not, players should reconsider taking part in this particular game. It also assumed Surrender is not permitted.)

When dealer must stand on soft 17 (S17), the following departures from basic strategy are necessary:

When the dealer must hit on on soft 17 (H17), make the following modifications in addition to those above:

That’s right! At tables like this, players can actually enjoy an edge against the house!

This is one of the ultra-rare cases where, over time, the house will not always win.

What About Single Deck Games?

In theory, all the advantages of playing a two-deck game should be even stronger when playing with only one deck!

After all, if counting cards is easier with 104 cards in the shoe, imagine how much easier it would be when playing with only 52!

Unfortunately, the casinos have already given such matters a lot of thought. And most providers take additional measures to counteract the advantages a one-deck game would otherwise confer upon savvy players.

This might look like Blackjack that pays 6:5 instead of 3:2. (A horrible rule that should never be accepted at any table, no matter the circumstances.)

Or perhaps splitting will not be allowed under some circumstances…

…for example, players may not be able to split aces.

Or doubling down may not be permitted after splitting pairs.

No matter what form it takes, most of the casinos that offer single-deck games go to great pains sure to make up their lost house edge elsewhere.

Any of these rule changes may seem small on its own but rest assured: any of them will put players at a sizable disadvantage.

With that said, if you happen to find a single-deck game with player-friendly rules – at a house game, for example, as part of a promotion – by all means take full advantage!