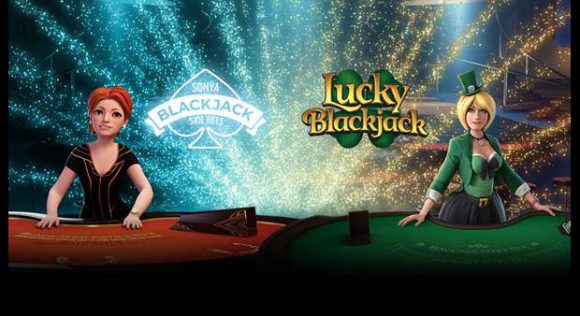 The two games allow players to interact with a 3D dealer, which brings a bit of personality to games that can otherwise seem a bit sterile. The games allow for solo play as well as multiplayer, with up to three available at a table at any given time.

Lucky Blackjack features an Irish dealer named Lucky, and also has a bit of a different table layout than the other game. Sonya Blackjack’s dealer name is, you guessed it, Sonya, and is pretty much the same game that came out last year, albeit with a few new features.

Both games have crisp animations and allow players to set pre-decisions on hands. There are also instant replays available, which let you watch replays of your big winning hands.

Commenting on the launch Yggdrasil’s Marcus Honney said, “The release of Lucky Blackjack and the new Sonya Blackjack features is really exciting for us as it marks the evolution of our interactive table game offering.”

“With multiplayer options, and an added layer of player engagement in the form of side bets, Lucky Blackjack, and the newly-upgraded Sonya Blackjack, are some of the most engaging, immersive table titles on the market today.”

Both games are available now on desktop and mobile devices at casinos featuring Yggdrasil titles.

Next Article: SkyCity Hamilton Could Lose Blackjack Tables for Slots