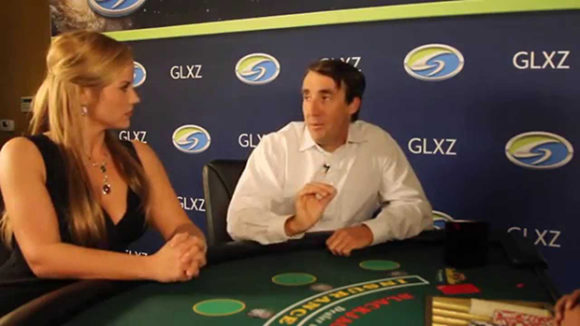 Fresh off a trip to Europe, the Wizard of Odds has begun analyzing blackjack sidebets that he observed while on his pilgrimage, letting players know what he thinks of the games.

The Wizard, whose real name is Michael Shackleford, went on a two week trip that saw him travel through Spain, Austria, and Lichtenstein (among others). In that time period he went to various casinos he spotted along the way. Needless to say, the Wizard wasn’t too impressed with what he found. At Casino Lichtenstein, he claims to have found “one of the worst side bets I’ve ever seen.” The game pays out 19:1 for a colored player blackjack, but ends up giving the house a hefty 52.51%.

The third game that the Wizard has reported on thus far is Swiss Casinos Jack, which pays out when players get a blackjack. The game pays out for a Jack is Black (the Jack in the blackjack is a black card) at a rate of 50:1, All Red (both blackjack cards are red) at 25:1, and regular blackjacks at 10:1 if you take the sidebet. The house edge for this game is 6.28% for Eight decks, while single decks have a 4.68% edge.

Sidebets generally aren’t great for players, as they give a lofty edge to the house. We generally recommend players avoid them, and instead stick to finding good tables that have small edges.

Next Article: SpinzWin Makes it Easier for Players to Find Blackjack Games